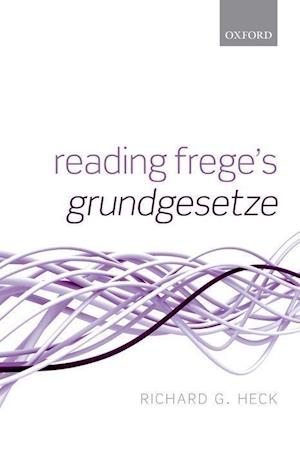 Gottlob Frege's Grundgesetze der Arithmetik, or Basic Laws of Arithmetic, was intended to be his magnum opus, the book in which he would finally establish his logicist philosophy of arithmetic. But because of the disaster of Russell's Paradox, which undermined Frege's proofs, the more mathematical parts of the book have rarely been read. Richard G. Heck, Jr., aims to change that, and establish it as a neglected masterpiece that must be placed at thecenter of Frege's philosophy. Part I of Reading Frege's Grundgesetze develops an interpretation of the philosophy of logic that informs Grundgesetze, paying especially close attention to the difficult sections of Frege's book in which he discusses his notorious 'Basic Law V' and attempts to secure its status as a law of logic. Part II examines the mathematical basis of Frege's logicism, explaining and exploring Frege's formal arguments. Heck argues that Frege himself knew that his proofs could bereconstructed so as to avoid Russell's Paradox, and presents Frege's arguments in a way that makes them available to a wide audience. He shows, by example, that careful attention to the structure of Frege's arguments, to what he proved, to how he proved it, and even to what he tried to prove but could not, has much to teach usabout Frege's philosophy.

Forfattere
Bibliotekernes beskrivelse Richard G. Heck presents a new account of Gottlob Frege's Grundgesetze der Arithmetik, or Basic Laws of Arithmetic, which establishes it as a neglected masterpiece at the center of Frege's philosophy. He explores Frege's philosophy of logic, and argues that Frege knew that his proofs could be reconstructed so as to avoid Russell's Paradox.