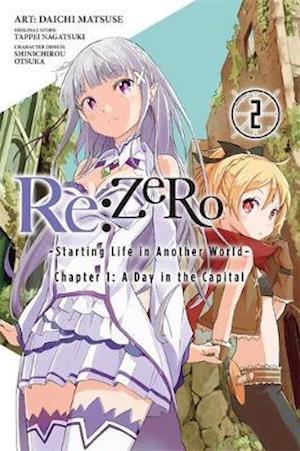 Breaking free of his death loop in the royal city, Subaru awakes in an opulent mansion, being tended to by the twin maids Ram and Rem. After sustaining terrible injuries, he has been taken to the home of the Margrave Roswaal, Emilia's guardian. The two maids, along with the young librarian Beatrice, are the sole guardians of the mansion's forbidden library, but their quiet, peaceful days come to a violent end when another cycle of death begins! Subaru is the only one who remembers the time he's spent with the people he cares about, but will he be able to save them?

Forfattere
Bibliotekernes beskrivelse How do you repay someone who saved your life when all you can do is die?