- My Life as Pat Sharp 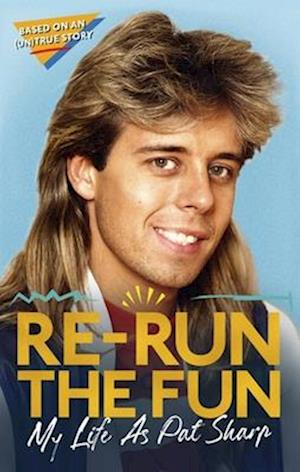 'The perfect antidote to 2020' Huffington Post'A must-read if you like funny things' Greg James'I had no idea Pat Sharp's life story would be so hilarious and I strongly suspect neither did he' Nish KumarPat Sharp is a man out of time.For those of a certain generation, he is an iconic figure synonymous with good fun, great hair and excess gunge. For others, he's just that bloke with a mullet.Fame is a fickle beast and, since the cancellation of Fun House in 1999 ('Just ten years into its run, when it was finally finding its feet'), Pat has become a reclusive figure, only emerging from his splendid isolation to pop up on things like I'm A Celebrity: Get Me Out Of Here, Never Mind the Buzzcocks and Come Dine with Me.Until now.With time on his hands and now reliant on a faulty memory, Pat has expertly blended fact and . . . fiction: revealing all about his adventures with David Hassselhoff at the Berlin Wall in 1989; how he broke up a fight between Damon Albarn and Liam Gallagher at a house party; the time he suggested Geri's dress be a Union Jack; and much more.A definitive work (based on very little fact) that anatomises the cultural trends of the '80s and '90s, Re-run the Fun is just the kind of sorta-biography we need in these turbulent times. Finally, the Great British public can learn what life is like just about in sight of the top - the highs, the lows and the hair tips.'It's easy to forget, as I had, that Pat Sharp is so much more than an iconic haircut and a helter-skelter - and this well overdue book goes into hilarious, largely-fabricated detail about Pat's critical role in shaping our world today' Rick Edwards'No previous knowledge of Pat Sharp is required' Paul Sinha