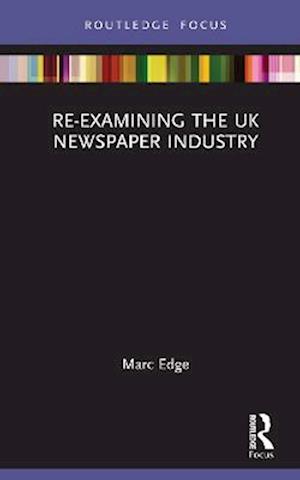 This book dispels myths surrounding the newspaper industry's financial viability in an online world, arguing that widespread predictions of pending newspaper extinction are based mostly on misunderstandings of the industry's operations.Drawing from his training as a business journalist, Marc Edge undertakes a thorough analysis of annual financial statements provided by newspaper companies themselves to explain the industry's arcane economics. This book contextualizes available data within the historical context in which various news publishers operate and outlines the economic history of UK newspapers. It also investigates how UK newspapers survived the 2008-09 recession, considering both national and provincial markets separately.A rigorous look at an often-neglected aspect of the newspaper industry, this volume will be an essential read for scholars of media studies, journalism studies, and communication studies, especially those interested in studying journalism and news production as occupational identities.