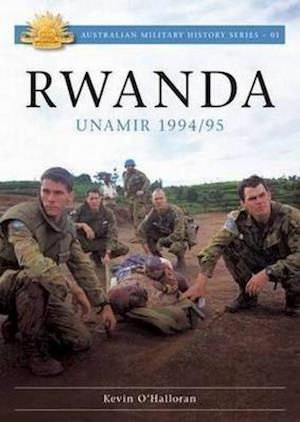 In 1994 a group of Australian UN peacekeepers, made up of soldiers and army medical personnel, was sent to Rwanda under a United Nations mandate to help restore order to the war-torn country. These Australians would be exposed to a lack of humanity they were not prepared for and found hard to fathom. On 22nd April 1995, the daily horror and tragedy they had witnessed escalated out of control. At a displaced persons' camp in Kibeho, in full view of the Australian soldiers, over 4,000 unarmed men, women and children died in a hail of bullets, grenades and machete blades at the hands of the Rwandan Patriotic Army. Constrained by the UN peacekeeping Rules of Engagement, these Australians could only watch helplessly and try to assist the wounded under the gaze of the trigger-happy killers. Pure Massacre is a record of what happened during this peacekeeping mission. Kevin "Irish" O'Halloran, a Platoon Sergeant at the time, stresses the weaknesses of the UN charter and what happens when "good men do nothing". He pulls together the perspectives of those Australian soldiers who served in Rwanda at this time. Pure Massacre gives a new and personal voice to the Kibeho Massacre. It takes a special type of bravery, discipline and compassion to do what these soldiers did. Little did they know, when the second tour of Rwanda was over, that they would be the highest decorated UN peacekeeping contingent since the Korean War. For many, their service in Rwanda would come with a personal toll. No Australians died during and immediately after the massacre at Kibeho, but as Pure Massacre testifies, the suffering and tragedy is embedded in their memories.