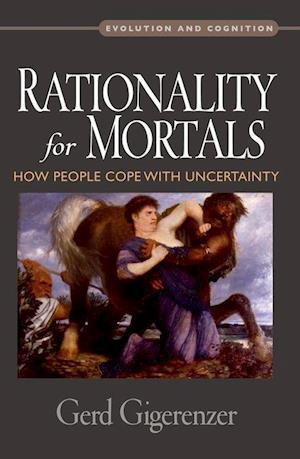 Gerd Gigerenzer's influential work examines the rationality of individuals not from the perspective of logic or probability, but from the point of view of adaptation to the real world of human behavior and interaction with the environment. Seen from this perspective, human behavior is more rational than it might otherwise appear. This work is extremely influential and has spawned an entire research program. This volume collects recent articles, looking at howpeople use "fast and frugal heuristics" to calculate probability and risk and make decisions. It includes the revised articles and newly written introduction that were first published in the hardcover edition. Its appeal is to a mixture of cognitive psychologists, philosophers, economists, and others whostudy decision making."Gerd Gigerenzer has created new, pathbreaking ways of thinking about human rationality. His ideas build on one another and are best seen as part of a coherent whole that is when the nature of his arguments emerges most clearly."- Leda Cosmides, University of California Santa Barbara