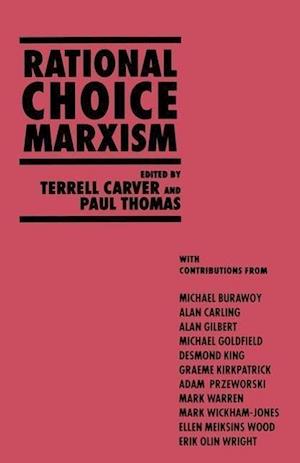 To begin with, rational choice Marxism, promised to construct historical explanations and social theories with clarity and rigour. Subsequently, it took a `political turn' in addressing issues of class and production, and the prospects for electoral socialism. This anthology commences with the founding classics - Erik Olin Wright's `What is Analytical Marxism?' and Alan Carling's spirited challenge to the Marxist establishment - which are answered with critical responses detailed by Ellen Meiksins Wood and Michael Burawoy in previously uncollected debates. Also included are further debates charting the historical progression of rational choice Marxism. The editors demonstrate that the clarity and rigour originally promised by the rational choice Marxists was never in fact achieved, but that rational choice Marxism has considerably enhanced the theoretical treatment of class and production in a world of commodification and difference.