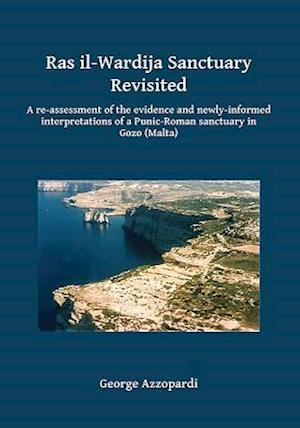 The secluded sanctuary on the coastal promontory of Ras il-Wardija on the central Mediterranean island of Gozo (near Malta) constitutes another landmark on the religious map of the ancient Mediterranean. Ritual activity at the sanctuary seems to be evidenced from around the 3rd century BC to the 2nd century AD and, possibly, even as late as the 4th century AD. This ritual activity was focused in a small built temple and in a rock-cut cave that seems to have incorporated a built extension in a later stage. But the practised cult or cults were aniconic and remained so largely throughout. This may explain why the sanctuary's excavators did not report any findings of statuettes or any figural images. Contemporaneously, figural images were also venerated on other sites showing that, for a long while, iconism and aniconism co-existed on the Maltese islands. There might have been more than one deity venerated in this sanctuary. Dionysos could have been one of them. But whoever they were, they are likely to have been somehow connected with the sea and / or with a maritime community or communities as the sanctuary itself evidently was.

Forfattere
Bibliotekernes beskrivelse This book reassesses the evidence of a secluded Punic-Roman sanctuary on the coastal promontory of Ras il-Wardija on the central Mediterranean island of Gozo (near Malta). Illustrated throughout in black & white