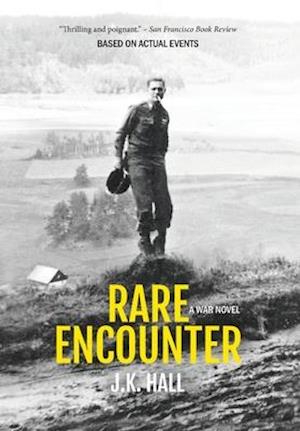 Roger Lincoln Shinn is an esteemed professor of social ethics at prestigious New York institutions--Columbia University and Union Theological Seminary. But before he became a renowned academic, and known only to his wife, he had faced the unspeakable as a combat infantryman in the Second World War. On a converted ocean liner en route to fight the Nazi army in Europe with the Ninth Armored Division, the proper young Shinn meets another officer, John William Hall, a rough-hewn Southern rifle champion rebelling against the family bloodline. Hall left the dark rage of the Oklahoma Dust Bowl for the vortex of world war, and the two captain's destinies intertwine at the ferocious Battle of the Bulge. Two decades later, during the Vietnam War, Shinn reveals to stunned students his saga as a soldier and prisoner of war. And Hall's astonishing, controversial actions in the face of the enemy-and his troops. This sweeping narrative pivots on family struggles, inspired women, social prejudice, battlefield courage, tragic miscalculations, and enduring love. Together these factors influence life and death-and the trajectory of two uncompromising soldiers, untested in war, who struggle to overcome tragic miscalculations and the brutality of humankind's darkest venture. Based on true events, the novel will grip readers intrigued by vivid human stories formed from inside monumental occurrences.