Ramus, Pedagogy and the Liberal Arts

- Ramism in Britain and the Wider World 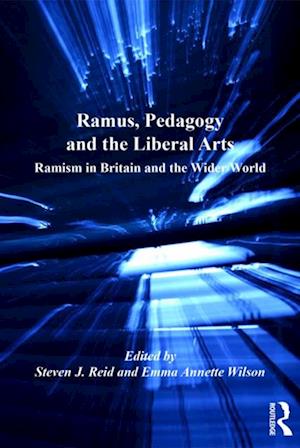 Most early modern scholars know that Petrus Ramus (1515-1572) is important, but may be rather vague as to where his importance lies. This new collection of essays analyses the impact of the logician, rhetorician and pedagogical innovator across a variety of countries and intellectual disciplines, reappraising Ramus in the light of scholarly developments in the fifty years since the publication of Walter Ong's seminal work Ramus, Method, and the Decay of Dialogue. Chapters reflect the broad impact of Ramus and the Ramist 'method' of teaching across many subjects, including logic and rhetoric, pedagogy, mathematics, philosophy, and new scientific and taxonomic developments in the sixteenth and seventeenth centuries. There is no current work that offers such a broad survey of Ramus and Ramism, or that looks at him in such an interdisciplinary fashion. Ramus' influence extended across many disciplines and this book skillfully weaves together studies in intellectual history, pedagogy, literature, philosophy and the history of science. It will prove a useful starting point for those interested in Ramus and his impact, as well as serving to redefine the field of Ramist studies for future scholars.