Rally 'Round the Flag

- The Search for National Honor and Respect in Times of Crisis

indgår i serie Oxford Studies in Culture and Politics 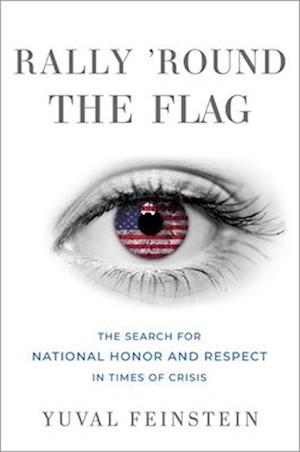 An extensive investigation of the rally-round-the-flag phenomenon of public opinion in the United States during wars and security crises. The "rally-round-the-flag" phenomenon in the United States is characterized by a sudden and sharp increase in the public approval rating of the sitting US president in response to a war or security crisis. While relatively uncommon, these moments can have a serious impact on policymaking as politicians might escalate a conflict abroad or restrict civil liberties at home. What, then, are the conditions and processes through which rallies have emerged? In Rally 'round the Flag, Yuval Feinstein revisits the phenomenon to answer this question. He examines both the conditions under which rally periods have emerged in the US and the processes that have generated these rallies to introduce a novel rally theory. Drawing on an original data set of conflicts covering 1950 to 2020 and survey data, Feinstein shows that the rally-round-the-flag effect is not an automatic public reaction to international conflicts. Rather, it is a rare eventthat emerges only under circumstances that lead most Americans to believe it is necessary to take military action to maintain or restore collective honor and gain the respect of other nations. He further attributes public opinion shifts during rally periods to nationalist emotions that people experience whenthey believe that the president's actions effectively protect the nation's honor and international prestige. Identifying the unique sets of conditions for the emergence of rallies, Rally 'round the Flag offers the most extensive investigation of this public opinion phenomenon and proposes future directions to research the topic for both the United States and other countries.