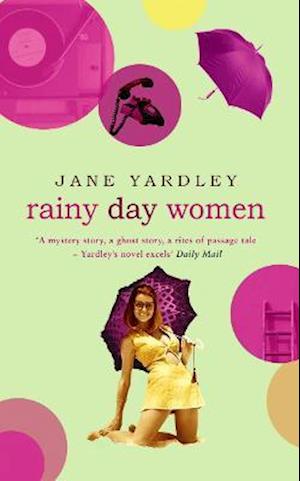 It is 1971 - hippies, hot pants and extraordinary footwear. Jo and her friend Frankie are fifteen, and they have a problem. Frankie's American mother, in England against her will, is determined to move out of the scruffy Essex village to civilized London. Jo's family would follow them if only they could sell their great rambling home, the Red House, but unfortunately, the house is putting up a fight. An architectural oddity built by an eighteenth-century madman to irritate his wife, it always did have a life of its own, but now its sinister goings-on are driving prospective buyers away. The capable Jo has always coped with her eccentric family but they're getting worse. Even more disturbing, Jo and Frankie are convinced that there's been a murder on the premises. As the Red House crumbles around them, the girls are determined to get to the bottom of the mystery so the Starkey family can sell up and start an ordinary life. But along comes the devastatingly attractive Florian, folk singer and opportunist, to cause a chaos all of his own...RAINY DAY WOMEN is a black comedy in which teenaged hopes, fears and egomaniacal tunnel vision are played out against the background of a seriously dysfunctional family, some of its members deeply loveable - and some of them not.

Forfattere
Bibliotekernes beskrivelse Jo's family would follow them if only they could sell their great rambling home, the Red House, but unfortunately, the house is putting up a fight.