Railways of the Isle of Wight 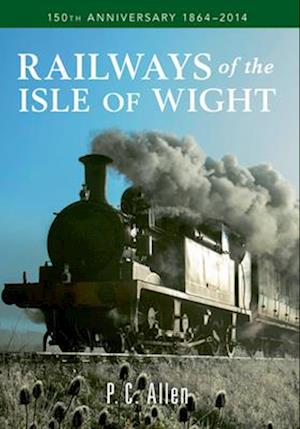 'There is probably no place in the British Isles that could offer a more attractive study to one interested in railway working on a small scale than the Isle of Wight'. P. C. Allen, 1928 At its height the Island had a network of 551/2 miles of line operated by a number of independent companies including the Isle of Wight Railway, the Isle of Wight Central Railway (IWCR), the Freshwater, Yarmouth & Newport Railway, as well as the joint lines of the London & South Western Railway and London, Brighton & South Coast Railway. With the 1923 grouping these were amalgamated under the control of the Southern Railway, and following nationalisation most were closed under Dr Beeching's axe. Two have survived. The Isle of Wight Railway, a heritage line, and the Island Line operating with ex-London Underground stock. P. C. Allen's 1928 account, re-published to mark the 150th anniversary, is brought up to date with many new photographs.

Forfattere
Bibliotekernes beskrivelse A contemporary account of the Isle of Wight's numerous railways, from their origins in Victorian times up to the re-grouping of 1923. Originally published over 90 years ago this new edition is fully illustrated with line drawings and photographs. 100 Illustrations, unspecified