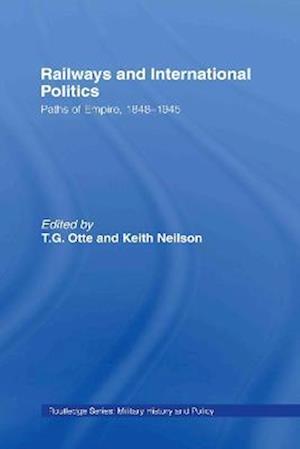 This new study brings together leading experts to show how the modern world began with the coming of the railway. They clearly explain why it had a greater impact than any other technical or industrial innovation before and completely redefined the limits of the civilized world. While the effect of railways on economic development is self-evident, little attention has been paid to their impact on international relations. This is unfortunate, for in the period from 1848 to 1945, railways were an important element in the struggle between the Great Powers. This took many forms. Often, as in East Asia, the competition for railway concessions reflected the clash of rival imperial interests. The success or failure of this competition could determine which of the European Powers was to dominate and exploit the markets of China and Siam. Just as often, railways were linked with military matters. Prussia's success in the wars of German unification depended on its strategic railways just as much as on the strength of its armies, and the rail links remained a vital aspect of German military thinking before the First World War. So, too, did they for the Russians, whose vast Empire required rail links capable of moving the Tsarist army quickly and competently. Just as importantly, railways could be vital for Imperial defence, as the British discovered on the North-West frontier of India.This book will be of much interest to students of international history, military history and strategic studies.