indgår i serie The Mexican Experience 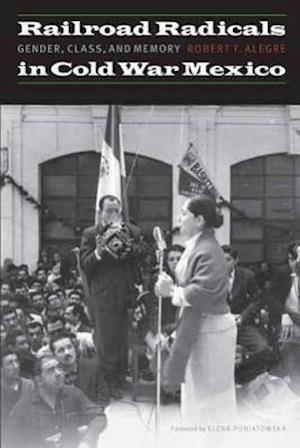 Despite the Mexican government's projected image of prosperity and modernity in the years following World War II, workers who felt that Mexico's progress had come at their expense became increasingly discontented. From 1948 to 1958, unelected and often corrupt officials of STFRM, the railroad workers' union, collaborated with the ruling Institutionalized Revolutionary Party (PRI) to freeze wages for the rank and file. In response, members of STFRM staged a series of labor strikes in 1958 and 1959 that inspired a nationwide working-class movement. The Mexican army crushed the last strike on March 26, 1959, and union members discovered that in the context of the Cold War, exercising their constitutional right to organize and strike appeared radical, even subversive.Railroad Radicals in Cold War Mexico examines a pivotal moment in post-World War II Mexican history. The railroad movement reflected the contested process of postwar modernization, which began with workers demanding higher wages at the end of World War II and culminated in the railway strikes of the 1950s, a bold challenge to PRI rule. In addition, Robert F. Alegre gives the wives of the railroad workers a narrative place in this history by incorporating issues of gender identity in his analysis.