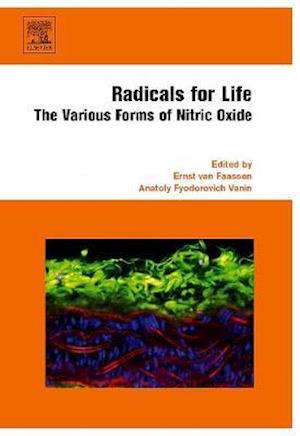 Radicals for Life: the Various Forms of Nitric Oxide provides an up-to-date overview of the role of nitrosocompounds and nitrosyl-iron complexes in physiology. Nitrosocompounds can be considered as stabilised forms of nitric oxide, one of the most important regulatory molecules in physiology today. Many nitrosocompounds share some of the physiological functions of nitric oxide, and may be formed inside living organisms. This is the first book to be published that is dedicated to the role of such nitrosocompounds in physiology, with particular emphasis on the nitrosocompounds that are endogenously formed in higher organisms and humans. Points of discussion include: physical and chemical properties of the compounds, the main chemical pathways in vivo, as well as the physiological effects that have been recognised to date. Each of the nineteen chapters is written by distinguished specialists in the field, well known for their original and important contributions to the subject. Also included are results from a wide range of studies in vitro, in cell cultures, animal models and human volunteers. Examples of alternative forms of nitric oxide, with special emphasis on their protective role against widespread human diseases like atherosclerosis, Alzheimer's disease, diabetes, sexual dysfunction, and renal insufficiency to stroke and ischemia are also included.