Radical Realism, Autofictional Narratives and the Reinvention of the Novel 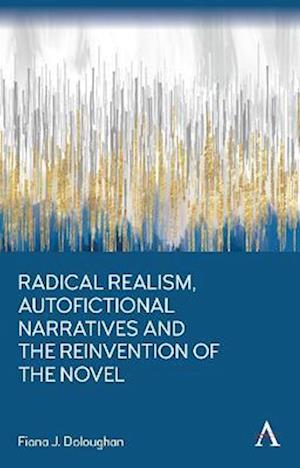 This monograph is concerned with what it sees as two complementary phenomena: that of contemporary writers of fiction who seem to have turned their backs on the traditional novel in favour of what might be termed a radical realism, alongside a more general movement towards and interest in auto/biography and memoir in the post-truth era. By reviewing the work of four authors whose trajectory to date represents engagement with novelistic as well as auto/biographical forms, it reconsiders differences between 'fiction' and 'non-fiction', as they pertain to both production and reception, including issues of generic categorization, the prevalence or exclusion of specific textual markers, and readerly expectations in navigating diverse and shifting literary cultures.The Norwegian author Karl Ove Knausgaard's Min Kamp (My Struggle) series is considered in English translation in relation to its cross-cultural reception; it is also placed within the context of Knausgaard's oeuvre as a whole. Some parallels between the work of Knausgaard and that of Rachel Cusk are drawn, though in the case of the latter the focus is not so much on the memoirs but on the Outline trilogy that followed the trilogy of memoirs and the extent to which it represents both a departure from and a continuation of some of the concerns expressed in previous non-fictional works with a specific focus on Aftermath.Comparison of Jeanette Winterson's semi-autobiographical debut novel, Oranges Are Not the Only Fruit, with her memoir entitled Why Be Happy When You Could Be Normal? allows for close textual reading of scenes initially treated in novelistic form and revisited in the memoir permitting discussion of points of similarity and difference in their treatment in relation to the constraints and affordances of genre, where these apply. Discussion of Xiaolu Guo's memoir, Once Upon A Time in the East, focusses both on its cross-cultural reception and on the place of the memoir within the Guo corpus.In some ways all four writers are less concerned with traditional aspects of story and more concerned to deploy a range of forms, including narrative, to serve their interest in broader questions of truth, agency and self-understanding.