- Strategies of Augmentation and Reorganization 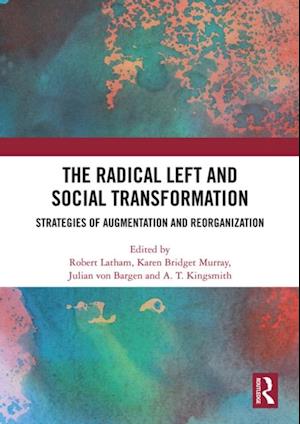 This comprehensive collection draws upon and reengages with a long history of Marxian-anchored thought to analyze the potential for social transformation through a reinvigorated radical Left, all within the context of the ascendance of an increasingly ethnonationalist, patriarchal, and authoritarian far Right worldwide. The authors identify and reflect on strategies, tactics, and possibilities for analyzing and intervening in advanced capitalist societies by increasing and deepening popular participation and support on the far Left. The chapters are framed in terms of conceptualizing the capitalist present, organizing 'the people' and reimagining the radical Left. Together, in diverse ways that draw upon both qualitative and quantitative approaches, the authors evaluate the difficulties of augmentation across multiple planes, from the tension between migrants and citizen workers, to the uneasy relationship between sovereignty and class, to the contradictions operating across international versus domestic dynamics. How and why (if at all) should the radical Left reexamine its understanding of political consciousness, identity, ideology, and institutions, as they relate to Marxian analysis and various threads of critical theory? The authors suggest new approaches for understanding what the radical Left is up against and how problematic barriers might be torn down, thus disrupting unhelpful binaries such as state versus capital, national versus international, worker versus migrant, activist versus candidate, and freedom versus necessity.This book was originally published as a special issue of the online journal Global Discourse.