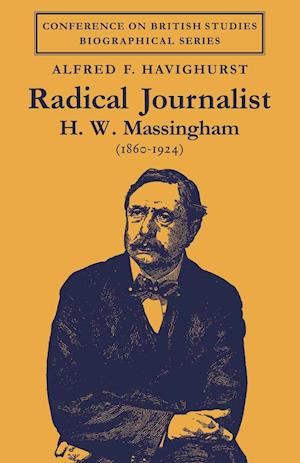 The first study of the career of H. W. Massingham, an outstanding journalist early in the twentieth century when editors were often ranked equal in significance with ministers of state. Massingham featured most significantly in the history of the press as editor of the Star, the Daily Chronicle and finally the Nation. Professor Havighurst demonstrates Missingham's central position by arguing that he played a more important role in the formation of 'progressivism' in the period 1888-92 than even the Fabian Society. Massingham's clash with the Fabians is examined, along with his gradual disillusionment with Rosebery, his influence upon important questions of public opinion, his connection and his subsequent contact with Ramsay MacDonald. The influence of journalists is frequently alleged but is often unproved; this biography provides a detailed assessment of the impact of a major journalist and is a complete and fascinating account of an extremely important political figure. It will appeal to specialists in political and social history and the history of journalism.