- Painting in the New Millennium 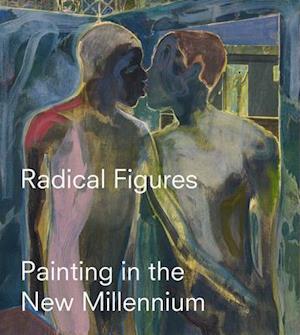 This timely publication, accompanying a brand new survey exhibition at Whitechapel Gallery, presents key works by some of the most exciting practitioners in current figurative painting.After a long period dominated by abstraction and conceptual approaches, painting saw a revival of figuration in the 1990s by artists whose work updated portraiture and history painting but remained rooted in the conventions of realism. However a new generation, coming to prominence in the new millennium, are distinguished by a radically different approach to the figure, in which bodies are fragmented, morphed, merged and remade but never completely cohesive.Radical Figures highlights the renewed interest in radical modes of figuration during the past two decades, and considers the vast range of imagery, subjects and stories that have informed this transition: from the re-evaluation of early pioneers such as James Ensor and Max Beckman, and postwar painters such as Maria Lassnig and Philip Guston; to raunchy comics; to the ubiquity of photography on social media.Fully illustrated in colour, this innovative appraisal will explore the breadth and range of painterly techniques used, such as loose gestural brushwork suggesting polymorphous forms and gender fluid bodies, and thick impasto evoking flesh, matter and objecthood. Including newly commissioned texts on and by each artist, this sumptuous catalogue will showcase the best in figurative painting today.

Forfattere
Bibliotekernes beskrivelse This timely publication, accompanying a brand new survey exhibition at Whitechapel Gallery, presents key works by some of the most exciting practitioners in current figurative painting. Illustrated in colour and black and white throughout