indgår i serie INTERNATIONAL SERIES OF MONOGRAPHS ON PHYSICS 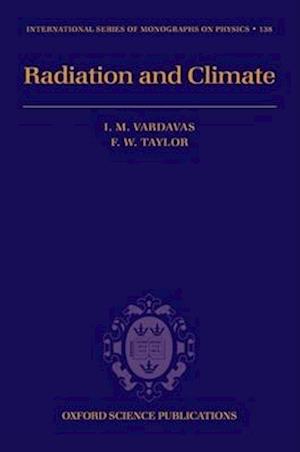 This is a study of the origins and nature of Japanese imperialism from the Sino-Japanese war of 1894-1895 through to 1945. Japan is the only Asian country in modern times to have built both a successful industrial economy and an empire, and it is Professor Beasley's contention that these two phenomena are closely related. Japan's aims were influenced by its experience of western imperialism and its own growing industrialization, but as external circumstances changedand Japan's capacity grew, so did its needs and ambitions.The creation of the Japanese empire is one of the most remarkable exploits of the twentieth century. Professor Beasley has provided a much-needed scholarly investigation into its development, expansion, and eventual destruction.Radiation theory and measurements are at the core of the climate change debate. This new book describes in detail the basic physics used in the radiative transfer codes that are a key part of climate prediction models. The basic principles are extended to the atmospheres of the Earth and the other planets, illustrating the greenhouse effect and other radiation-based phenomena at work. Several chapters deal with the techniques and measurements for monitoring theEarth's radiation budget and thus tracking global change and its effects. Remote sensing instruments on satellites and the theory of remote sensing are also covered. The book is the first comprehensive new publication on atmospheric radiation in more than a decade, and the first to link thetheoretical and experimental aspects of the subject to the contemporary climate problem.

Forfattere
Bibliotekernes beskrivelse A study of the origins and nature of Japanese imperialism from the Sino-Japanese War until its collapse following World War II. The author describes how Japan's aims were influenced by growing industrialization and its experience of Western imperialism.This new book describes the basic physics of solar and infrared radiation in the atmosphere. Radiation theory is related to the development of climate prediction models, and to measurement techniques for monitoring the Earth's energy budget and ma 194 b+w line drawings and 17 b+w halftones