Racism and Migration in Western Europe 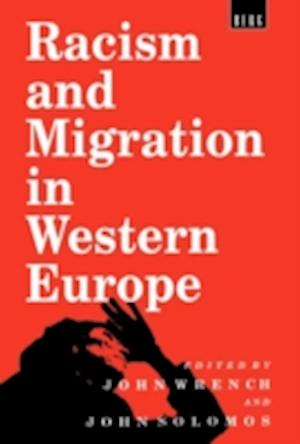 In contemporary European societies the question of racism, linked to the politicisation of migration, is a major issue in social and political debate. Developments in a number of European societies have highlighted the volatility of this phenomenon and the ease with which racist and extreme-right political movements can mobilise around the question of immigration and opposition to cultural pluralism. The situation in countries as divergent as the UK, France, Germany, the Netherlands, Italy and various Scandinavian societies shows evidence of mounting racism and hostility to migrants. This volume provides a critical overview of the processes that have led to the present situation and explores some of the options for the future. Contents: Part I: Historical and Contemporary Perspectives J. Solomos and J. Wrench, Race and Racism in Contemporary Europe S. Castles, Migrations and Minorities in Europe: Perspectives for the 1990s: Eleven Hypotheses R. Miles, The Articulation of Racism and Nationalism: Reflections on European History Part II: Tendencies and Trends M. Wieviorka, Tendencies to Racism in Europe: Does France represent a unique case, or is it representative of a trend? C.Wilpert, The Ideological and Institutional Foundations of Racism in the Federal Republic of Germany E. Vasta, Rights and Racism in a New Country of Immigration: The Italian Case A. Alund and C. Schierup, The Thorny Road to Europe: Swedish Immigrant Policy in Transition T. Hammar, Political Participation and Civil Rights in Scandinavia H. Lutz, Migrant Women, Racism and the Dutch Labour Market P. Essed, The Politics of Marginal Inclusion: Racism in an Organisational Context J. Wrench and J. Solomos, The Politics and Processes of Racial Discrimination in Britain Part III: Issues and Debates T. A. van Dijk, Denying Racism: Elite Discourse and Racism A. Brah, Difference, Diversity, Differentiation: Processes of Racialisation and Gender Jan Rath, The Ideol

Forfattere
Bibliotekernes beskrivelse In contemporary European societies the question of racism, linked to the politicization of migration, is a major issue in social and political debate. This volume provides a critical overview of the processes that have led to the present situation and explores some of the options for the future. black & white illustrations