- Studies in Theory and Practice 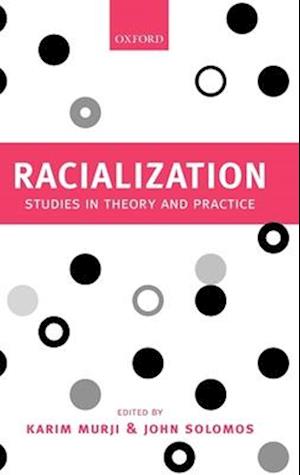 Racialization has become one of the central concepts in the study of race and racism. It is widely used in both theoretical and empirical studies of racial situations. There has been a proliferation of texts that use this notion in quite diverse ways. It is used broadly to refer to ways of thinking about race as well as to institutional processes that give expression to forms of ethno-racial categorization. An important issue in the work of writers such as RobertMiles, for example, concerns the ways in which the construction of race is shaped historically and how the usage of that idea forms a basis for exclusionary practices. The concept therefore refers both to cultural or political processes or situations where race is invoked as an explanation, as well asto specific ideological practices in which race is deployed. It is evident, however, that despite the increasing popularity of the concept of racialization there has been relatively little critical analysis exploring its theoretical and empirical usages. It is with this underlying concern in mind that Racialization: Studies in Theory and Practice brings together leading international scholars in the field of race and ethnicity in order to explore both the utility of the concept and itslimitations.

Forfattere
Bibliotekernes beskrivelse Racializaton has become one of the central concepts in the study of race and racism. This volume brings together leading international scholars from a range of backgrounds to address key facets of the concept in a wide range of social and political arenas, including gender relations, policing, urban communities, youth cultures, immigration, and political life.