Race, War, and the Cinematic Myth of America 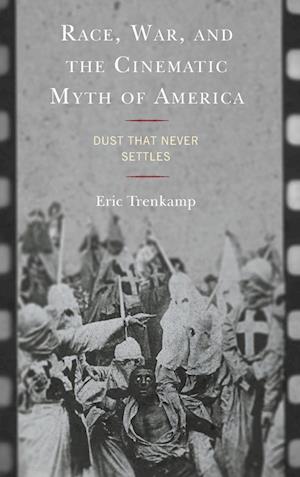 In [this book], Eric Trenkamp addresses a question that many American cinema fans may have asked themselves over the past 20 years - "why is everything superheroes now?" Although it might be easy to dismiss Hollywood's last two decades of comic book movies as nothing more than overly simplified morality tales, the reality is much more complex. The pervasiveness of the comic book genre throughout American culture, Trenkamp argues, perpetuates a subtextual myth about what it means to be an "American" in the contemporary world. At the core of this myth is the image of who Hollywood considers to be the ideal American hero - the White male savior. This book explores the evolution of this ever-changing image of White superiority in American cinema, which can be traced from the earliest silent Westerns, through decades of war films, and up to the modern day comic book genre. Through provocative and engaging analysis of a wide variety of Hollywood films, Trenkamp demonstrates the industry's history of popularizing White supremacy and the ways in which these films can act as propaganda to support various dehumanizing U.S. policies, both abroad and at home. Scholars of film studies, comic studies, genre studies, American studies, race studies, pop culture, and history will find this book particularly useful.