An Analysis of Franz Boas's Race, Language and Culture 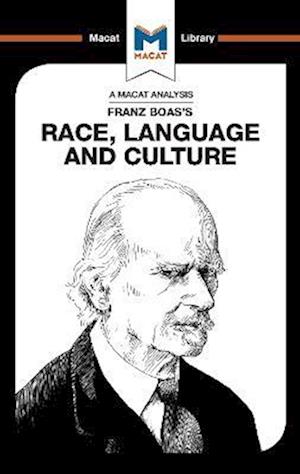 Franz Boas's 1940 Race, Language and Culture is a monumentally important text in the history of its discipline, collecting the articles and essays that helped make Boas known as the 'father of American anthropology.' An encapsulation of a career dedicated to fighting against the false theories of so-called 'scientific racism' that abounded in the first half of the 20th-century, Race, Language and Culture is one of the most historically significant texts in its field - and central to its arguments and impact are Boas's formidable interpretative skills. It could be said, indeed, that Race, Language and Culture is all about the centrality of interpretation in questioning our assumptions about the world. In critical thinking, interpretation is the ability to clarify and posit definitions for the terms and ideas that make up an argument. Boas's work demonstrates the importance of another vital element: context. For Boas, who argued passionately for 'cultural relativism,' it was vital to interpret individual cultures by their own standards and context - not by ours. Only through comparing and contrasting the two can we reach, he suggested, a better understanding of humankind. Though our own questions might be smaller, it is always worth considering the crucial element Boas brought to interpretation: how does context change definition?

Forfattere
Bibliotekernes beskrivelse Born in 1858, Franz Boas permanently changed the standards and practices of anthropology. His 1940 work Race, Language and Culture brings together a half-century's worth of ground-breaking scholarship in one volume.