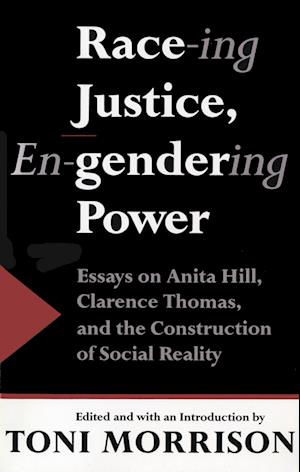 It was perhaps the most wretchedly aspersive race and gender scandal of recent times: the dramatic testimony of Anita Hill at the Senate hearings on the confirmation of Clarence Thomas as Supreme Court Justice. Yet even as the televised proceedings shocked and galvanized viewers not only in this country but the world over, they cast a long shadow on essential issues that define America. In Race-ing Justice, En-gendering Power, Toni Morrison contributes an introduction and brings together eighteen provocative essays, all but one written especially for this book, by prominent and distinguished academicians--black and white, male and female. These writings powerfully elucidate not only the racial and sexual but also the historical, political, cultural, legal, psychological, and linguistic aspects of a signal and revelatory moment in American history. With contributions by: