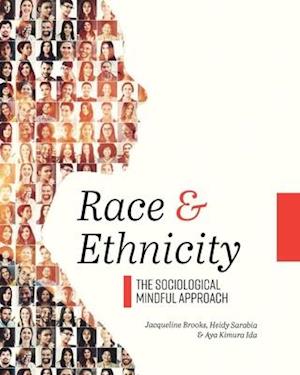 Race and Ethnicity: The Sociological Mindful Approach features contributed chapters by experts in the discipline that elucidate the complexity of racial and ethnic inequalities, referring back to America's long, troubled history with race, emphasizing the role of social institutions in perpetuating racial inequality, and exposing the intersection of race, class, gender, and other social inequalities. The text employs a sociological mindfulness framework, which holds them accountable for the development of their own sociological consciousness.

The book is organized in nine sections. Each section features a student narrative, an editor's introduction, chapters that address the key theme, and discussion questions and resources to support knowledge building. Over the course of the book, students read about color-blind racism, the relationship between the social construction of race and one's identity development, how race and ethnic inequalities are perpetuated within social institutions, and the lack of inclusivity in education. Additional parts address racialized and sexualized images in media, the dynamics of interracial relationships, and racialized immigration policies. Closing chapters speak to colonialism, the politics of borders, and activism with the goal of gaining ground against systemic racism.