- Art and the Umayyad Elite in Late Antique Syria

indgår i serie TRANSFORMATION OF THE CLASSICAL HERITAGE 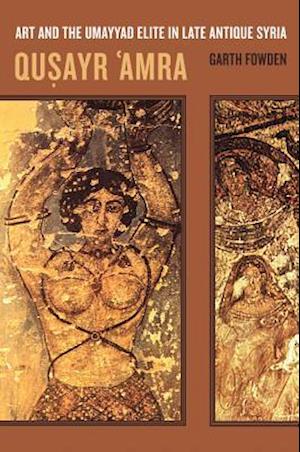 From the stony desolation of Jordan's desert, it is but a step through a doorway into the bath house of the Qusayr 'Amra hunting lodge. Inside, multicolored frescoes depict scenes from courtly life and the hunt, along with musicians, dancing girls, and naked bathing women. The traveler is transported to the luxurious and erotic world of a mid-eighth-century Muslim Arab prince. For scholars, though, Qusayr 'Amra, probably painted in the 730s or 740s, has proved a mirage, its concreteness dissolved by doubts about date, patron, and meaning. This is the first book-length contextualization of the mysterious monument through a compelling analysis of its iconography and of the literary sources for the Umayyad period. It illuminates not only the way of life of the early Muslim elite but also the long afterglow of late antique Syria.