- Melodic Models in Form and Practice 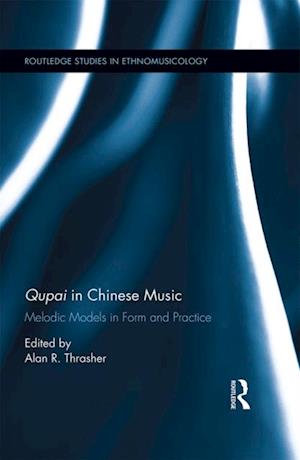 Presenting the latest research in the area, this volume explores the fundamental concept of qupai c , melodic models upon which most traditional Chinese instrumental music (and some vocal music) is based. The greater part of the traditional instrumental repertoire has emerged from qupai models by way of well-established 'variation' techniques. These melodies and techniques are alive today and still performed in 'silk-bamboo' types of ensemble music, zheng c , pipa c c and other solo traditions, all opera types, narrative songs, and Buddhist and Daoist ritual music. With a view toward explaining qupai as a musical system, contributors explore the concept from multiple directions, notably its historic development, patterns of structural organization, compositional usage in Kunqu classical opera, influence on the growth of traditional ensemble and solo repertoires, and indeed on 19th-century European music as well. Related essays examine the use of shan'ge a folksongs as qupai models in one local opera tradition and the controversial relationship between qupai forms and the metrically-organized banqiang e forms of organization in Beijing opera. The final three essays are focused upon traditional suite forms in which qupai and non-qupai tunes are mixed, examples drawn from the Minnan nanguan a c repertoire, Jiangnan 'silk-bamboo' tradition and the ritual music of North China.This is the first Western-language study on the nature and background of the qupai tradition, and the methods by which model melodies have been varied in creation of repertoire. The volume is essential reading for East Asian music specialists and contributes to the fields of ethnomusicology, musicology, music theory, music composition, and Chinese music and performing arts.