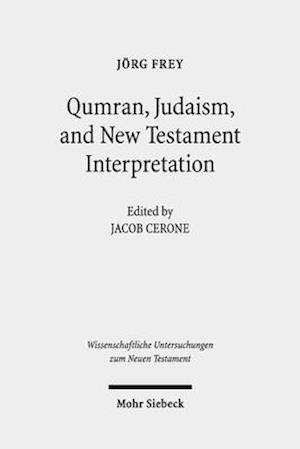 The articles collected here present the fruits of 25 years of scholarship on Qumran and the New Testament. The author situates the New Testament within the pluralistic context of Second Temple Judaism, presents detailed overviews on the discoveries from Qumran, the source value of the ancient texts on the Essenes, the interpretation of the archaeological site, the various forms of dualism within the texts, the development of apocalyptic thought, Qumran meals, and scriptural authority in the Scrolls. He evaluates the various patterns of relating Jesus and the apostles to the Scrolls or the Qumran community, presents methodological reflections on comparisons and detailed surveys of the most important insights from the Qumran discoveries for the understanding of Jesus, Paul, and the Fourth Gospel. This volume demonstrates how the discovery of the Scrolls has influenced and changed New Testament scholarship.