- The Fall and Rise of Deadly Diseases 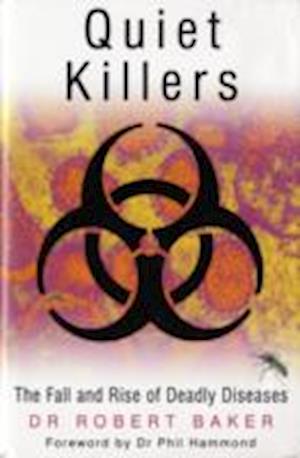 With bird flu a very present threat, this is a timely and important look at the impact of quiet killers through the ages. In 1658 Oliver Cromwell, having brought a king to execution, and risen to power, died from malaria when he refused to take the Devil?s Bark, the quinine compound produced in a Catholic colony, which could have cured him. Like many other infectious diseases, malaria was endemic in Britain until the twentieth century, when it and other diseases seemed to be vanquished by science. Yet now the trend for those diseases seems to be reversing: some infectious agents are becoming resistant to nearly all available antibiotics; differences in travel and social behaviour spread infections more widely; and, with changes in climate, diseases are either being described for the first time, or appearing in previously unaffected areas. But do we need some deadly diseases to stimulate our immunity? Has humankind depended on infection to drive evolution? How vulnerable are we now? Writer and infectious diseases specialist Dr Robert Baker takes a fascinating look at the history of deadly diseases, and discusses their future impact in a changing world.