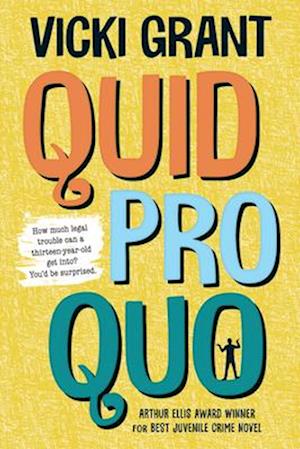 Quid Pro Quo is a high-stakes, fast-moving legal thriller about real people, and funny ones at that. Cyril MacIntyre's mother is an ex-street kid who dragged her son to all her law-school classes, then proceeded to get kidnapped. That aside, Cyril's life isn't too different from that of other thirteen-year-olds. He has all the usual adolescent issues to deal with: parent problems, self-esteem problems, skin and hair problems, and girl problems. But he has legal problems too. And he's got to solve them if he wants to save his mother's life. Quid Pro Quo won the Arthur Ellis Award and the cbc Young Canada Reads 2009 award. It has been nominated for numerous awards, including the Edgar Allan Poe and the Ann Connor Brimer. This 2018 edition has been updated with a new cover.