- Men and the Culture of Needlework 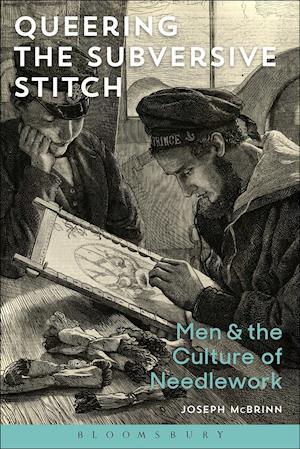 The history of men's needlework has long been considered a taboo subject. This is the first book ever published to document and critically interrogate a range of needlework made by men. It reveals that since medieval times men have threaded their own needles, stitched and knitted, woven lace, handmade clothes, as well as other kinds of textiles, and generally delighted in the pleasures and possibilities offered by all sorts of needlework. Only since the dawn of the modern age, in the eighteenth and the nineteenth centuries, did needlework become closely aligned with new ideologies of the feminine. Since then men's needlework has been read not just as feminising but as queer.In this groundbreaking study Joseph McBrinn argues that needlework by male artists as well as anonymous tailors, sailors, soldiers, convalescents, paupers, prisoners, hobbyists and a multitude of other men and boys deserves to be looked at again. Drawing on a wealth of examples of men's needlework, as well as visual representations of the male needleworker, in museum collections, from artist's papers and archives, in forgotten magazines and specialist publications, popular novels and children's literature, and even in the history of photography, film and television, he surveys and analyses many of the instances in which "needlemen" have contested, resisted and subverted the constrictive ideals of modern masculinity.This audacious, original, carefully researched and often amusing study, demonstrates the significance of needlework by men in understanding their feelings, agency, identity and history.