- Fantastic Incarnations and the Deconstruction of Theology

indgår i serie Perspectives on Fantasy 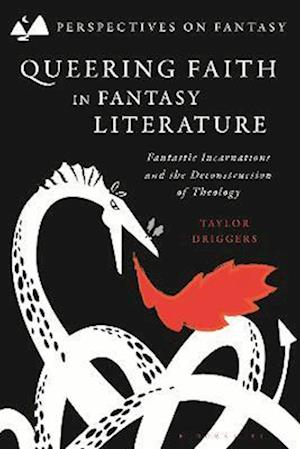 Fantasy literature inhabits the realms of the orthodox and heterodox, the divine and demonic simultaneously, making it uniquely positioned to imaginatively re-envision Christian theology from a position of difference. Having an affinity for the monstrous and the 'other', and a preoccupation with desires and forms of embodiment that subvert dominant understandings of reality, fantasy texts hold hitherto unexplored potential for articulating queer and feminist religious perspectives.Focusing primarily on fantastic literature of the mid- to late twentieth century, this book examines how Christian theology in the genre is dismantled, re-imagined and transformed from the margins of gender and sexuality. Aligning fantasy with Derrida's theories of deconstruction, Taylor Driggers explores how the genre can re-figure God as the 'other' excluded and erased from theology. Through careful readings of C.S. Lewis's Till We Have Faces, Angela Carter's The Passion of New Eve, and Ursula K. Le Guin's The Left Hand of Darkness and the Earthsea novels, Driggers contends that fantasy can challenge cis-normative, heterosexual, and patriarchal theology. Also engaging with the theories of H l ne Cixous, Luce Irigaray, Marcella Althaus-Reid, and Linn Marie Tonstad, this book demonstrates that whilst fantasy cannot save Christianity from itself, nor rehabilitate it for marginalised subjects, it confronts theology with its silenced others in a way that bypasses institutional debates on inclusion and leadership, asking how theology might be imagined otherwise.