- Sexuality and Photography in Roberto Bolaño's Fiction and Poetry 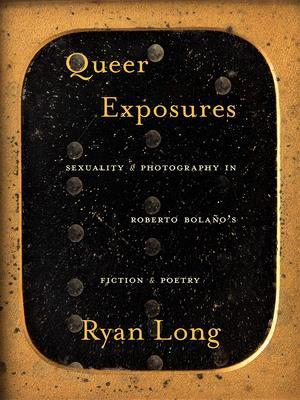 Roberto Bolano (1953-2003) stands out among recent Latin American writers because of his unique combination of critical acclaim, popularity, and literary significance. Queer Exposures analyzes two central but understudied topics in Bolano's fiction and poetry: sexuality and photography. Moving beyond a consideration of how his texts represent these topics, Ryan F. Long demonstrates that, when considered in tandem, they form the basis for a new innovative and critical approach. Emphasizing the processes of exposure associated with photography and sexuality, especially queer sexuality, provides readers and scholars with a versatile method for comprehending Bolano's constellation of texts. With close readings of a broad range of texts, from poetry written just after his arrival in Spain in the late 1970s to his posthumously published novels, Queer Exposures concludes that an emphasis on sexuality and photography is essential for understanding how Bolano's texts function in dialogue with one another to elucidate and critique the interrelations of writing, visual representation, and power.

Forfattere
Bibliotekernes beskrivelse Forms the bases for a new innovative and critical approach towards the work of Roberto Bolano.