- The Royal Marriages that Shaped Europe 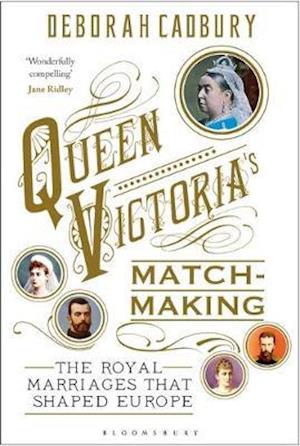 A captivating exploration of the role in which Queen Victoria exerted most international power and influence: her role as matchmaking grandmother By the 1890s, Queen Victoria had over thirty grandchildren and to maintain and increase royal power in Europe, she knew she had to manoeuvre them into a series of dynastic marriages. In her sights was royalty from across the world. Yet for all their seeming obedience, her grandchildren often had plans of their own, plans fuelled by strong wills and romantic hearts. Her matchmaking plans were only further complicated by their coinciding with tumultuous international upheavals; revolution and war were in the air and after her death, her most carefully laid plans fell to ruin. Queen Victoria's Matchmaking travels through the most glittering, decadent palaces of Russia and Europe, weaving in scandals, political machinations and family tensions, to enthralling effect. It is at once an intimate portrait of the royal family and an examination of the conflict caused by the power, love and duty that shaped the marriages that Queen Victoria arranged. At the heart of it all is Queen Victoria herself: doting grandmother one moment, determined manipulator the next.