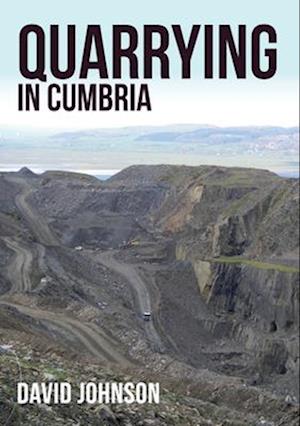 The exploiting of stone in Cumbria dates back to the Neolithic period when volcanic rock from the high Lakeland fells was worked to make hand axes. In Roman times sandstone was extensively quarried for building Hadrian's Wall and forts like Carlisle. The industry expanded in the Middle Ages as stone was needed for high-status buildings like castles, tower houses and monasteries as well as for bridges and, later on, for dry-stone walls and road building.Cumbria has a wide variety of rock types that proved suitable for building and other uses, and quarry workings, large and small, can be found across the county. Countless abandoned quarries exploited limestone, sandstone, flagstone, slate, granite, sands and clays and gypsum, and quarrying was a major local industry in the fells, along the west coast and on the Pennine edge. For many centuries, men laboured in difficult and dangerous conditions, in all weathers and in very remote locations, to supply increasing demands for stone products, many of which were exported. Some quarries still operate today, supplying markets across the country. The story of how stone was won is an important part of our disappearing heritage: this book explores the rich legacy of quarrying across Cumbria.

Forfattere
Bibliotekernes beskrivelse The story of how stone was won is an important part of our disappearing heritage: this book explores the rich legacy of quarrying across Cumbria. 180 Illustrations, unspecified