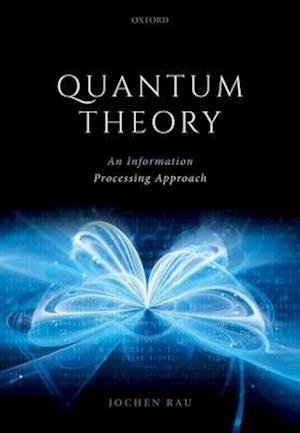 Recent advances in quantum technology - from quantum computers and simulators to secure communication and metrology - have not only opened up a whole new world of practical applications but also changed our understanding of quantum theory itself. This text, for the first time, introduces quantum theory entirely from this new perspective. It does away with the traditional approach to quantum theory as a theory of microscopic matter, and instead focuses on quantumtheory as a framework for information processing. Accordingly, the emphasis is on concepts like measurement, probability, statistical correlations, and transformations, rather than on waves and particles. This affords a simple, direct route to quantum theory, all the way to some of its most fascinatingconceptual issues. Since it requires only minimal mathematics and virtually no prior knowledge of physics, it is accessible to younger undergraduates and students of neighbouring disciplines. The text offers a unique blend of insights both into the physical foundations and the practical application of quantum theory. It begins with a discussion of experimental evidence that forces us to abandon the classical description and to critically re-examine such basic notions as measurement, probability, and state. The thorough investigation of these concepts leads to the alternative framework of quantum theory, set in complex Hilbert space. The requisite mathematics is developed carefullyand always linked to its operational meaning. This part of the text culminates in an exploration of some of the most vexing foundational issues of quantum theory, regarding locality, non-contextuality, and realism. The second half of the text explains how the peculiar features of quantum theory may beharnessed to tackle information processing tasks that are intractable or even impossible classically. It provides the essential tools for understanding and designing the pertinent protocols, and discusses a diverse range of examples representative of current quantum technology. These include standard examples like the secure distribution of cryptographic keys, as well as less known applications such as entanglement-assisted metrology. Throughout the text there is a wealth of classroom-testedand at times unconventional exercises.

Forfattere
Bibliotekernes beskrivelse This text, for the first time, introduces quantum theory from the perspective of both the physical foundations and practical applications - from quantum computers to secure communication. It requires minimal mathematics and virtually no prior knowledge of physics, and is accessible to beginning undergraduates and students of related disciplines. 60 line illustrations