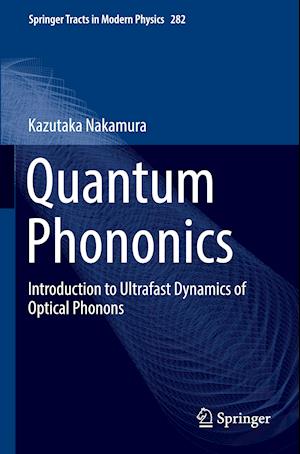 This book presents quantum phononics as an exciting new field of research, and introduces readers to the quantum nature of phonons and their application to quantum technologies. Both the theory of and recent experiments in "quantum phononics," involving e.g. coherent phonons, phonon squeezing, coherent control, and phonon quantum technologies, are presented. The theoretical background of the generation and detection of phonons is described in a way that will be easy to understand for graduate students and experimental scientists who are newcomers to the field. Moreover, the book focuses on coherent phonons produced by ultrafast laser pulses, which can be used for the coherent control of atomic motions in solids and phase transformation. The laser-matter interaction is treated using a density matrix formalism of the time-dependent Schroeedinger equation. In addition, the third-order nonlinear optical response of condensed matter is also described.