- An Introduction to the Control of Four-legged Robots 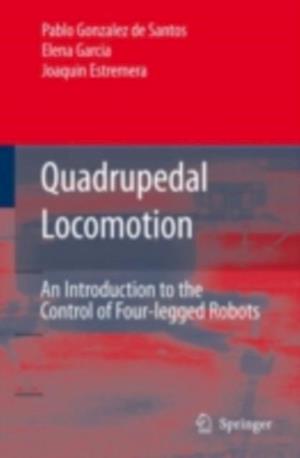 Legged robots have proven to be a promising locomotion system, capable of performing tasks that conventional vehicles cannot perform. Even more exc- ing is the fact that this is a rapidly developing ?eld of study for researchers from a variety of disciplines. Over the past three decades, legged locomotion technology has been developed all over the world, resulting in the invention of many important new machines and methods. However, only a few books have been published on the subject of multi-legged robots. The main objective of this book was to explore some of the major issues that the authors have been analyzing over the past ten years. A second objective was to write a book that only encompasses quadruped locomotion, the ?rst specialized book on this topic. The book is divided into two parts: Walking Measurements and Algorithms, and Control Techniques. The ?rst part is devoted exclusively to the theoretical aspects of quadrupeds. The ?rst chapter is an introduction to the historic development of multi-legged robots, highlighting their advantages and disadvantages, main features, and potential and actual applications, as well as discussing basic concepts and the trade-o? between quadrupeds and hexapods. Finally, new and traditional stability measurements and gait g- eration algorithms for quadrupeds are explained. The second part of the book deals with general design and control algorithms (kinematics and dynamics) and techniques aimed at improving the main features of robots, such as speed and ground detection, interfaces,etc.