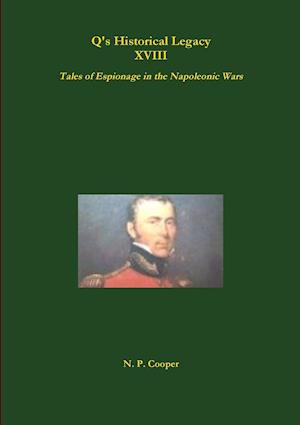 Q had a fascination with the Napoleonic Wars and with adventure, escapades and escapes. This volume contains the following four tales relating to two spies of the same name and are all based on fact:- 'Two Scouts', is written in the context of the Battles of Huerta and Sabugal and tells of a lucky escape whilst one pretended to be a surgeon-barber. 'The Cellars of Rueda' tells of the escape of McNeill/Grant to paris where he manages to get to Paris, assumes the identity of a recently deceased American and manages to escape to England before returning 18 months later to serve under Wellington again. 'The Rider in the Dawn' recounts the activities of McNeill/Grant in Corsica, the island of Napoleon's birth. 'The Guitar and the Lamp' tells of an encounter between both those with the family name Macneill (Grant) in Salamanca.