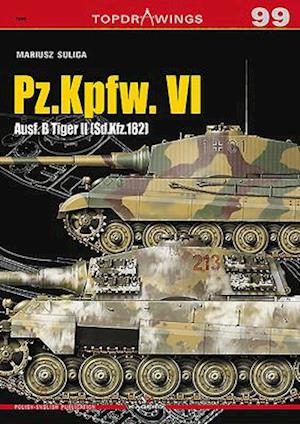 Pz.Kpfw. VI Tiger II was the heaviest and largest tank used during World War II. The vehicle's weight was almost 70 tons. The tank was heavily armoured, the thickness of the frontal armour plate was 150 mm, and in the case of the turret even 180 mm. The biggest advantage of the Tiger II, however, was its cannon, which was the development version of the 88 mm gun used in Tiger I tanks.