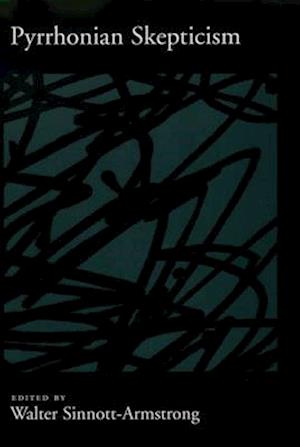 Citizen Kane is arguable the most admired and significant film since the advent of talking pictures. To study it even briefly is to learn a great deal about American history, motion-picture style, and the literary aspects of motion-picture scripts. This volume will represent the essential writings on Kane. It gives the reader a lively set of critical interpretations, together with the necessary production information, historical background, andtechnical understanding to comprehend the film's larger cultural significance.Throughout the history of philosophy, skepticism has posed one of the central challenges of epistemology. Yet the only skeptical view that has been truly held-by Sextus, Montaigne, Hume, Wittgenstein, and, most recently, Robert Fogelin-has been Pyrrohnian skepticism. Pyrrhonian skeptics do not assert Cartesian skepticism, but neither do they deny it. The Pyrrhonian skeptics' doubts run so deep that they suspend belief even about Cartesian skepticism and its denial.Nonetheless, some Pyrrhonians argue that they can still hold "common beliefs of everyday life" and can even claim to know some truths in an everyday way. This edited volume presents previously unpublished articles on this subject by a strikingly impressive group of philosophers, who engage with bothhistorical and contemporary versions of Pyrrhonian skepticism. Among them are Gisela Striker, Janet Broughton, Don Garrett, Ken Winkler, Hans Sluga, Ernest Sosa, Michael Williams, Barry Stroud, Robert Fogelin, and Roy Sorensen.