- The Sochi Games and the Evolution of Twenty-First Century Russia 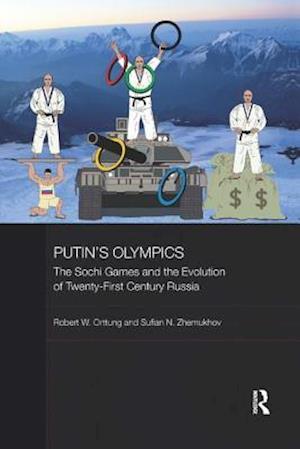 President Vladimir Putin's Olympic venture put the workings of contemporary Russia on vivid display. The Sochi Olympics were designed to symbolize Russia's return to great power status, but subsequent aggression against Ukraine, large-scale corruption, and the doping scandal have become the true legacies of the games. The Kremlin's style of governance through mega-projects has had deleterious consequences for the country's development. Placing the Sochi games into the larger context of Olympic history, this book examines the political, security, business, ethnic, societal, and international ramifications of Putin's system.