Putin and His Neighbors 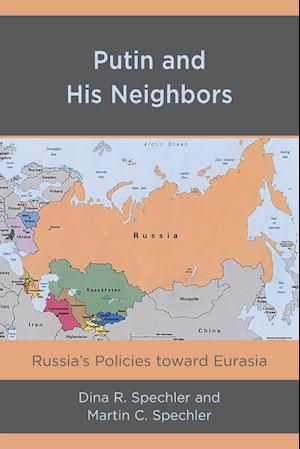 Russian President Vladimir Putin has implemented a set of policies toward his neighbors intended to help him re-establish his country's status as a major world power. These have included dominating, as far as possible, the independent states that once were part of the USSR and preventing further NATO encroachment on Russia's borders. He has also sought a pragmatic partnership with China to help bolster the Russian economy in the face of Western sanctions and declining revenues from oil and gas. This book argues that Putin's efforts have been largely, although not entirely, successful. Inthe future, however, the weakness of the Russian economy as compared to China's may pose a threat to Moscow's ability to maintain a Russian sphere of influence in its own neighborhood.

Forfattere
Bibliotekernes beskrivelse Putin has re-established Russia's claim to world power by strengthening his autocratic rule at home, dominating or intimidating smaller independent neighbors and maintaining a pragmatic partnership with China. Russian policies depend on the use of oil and gas revenues, whose long-term prospects are questionable.