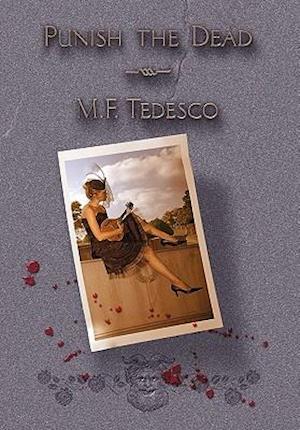 Punish The Dead by M.F. Tedesco: Thirty-one year-old Marco Antonio Correggere, a discreet painting forger with a photographic memory, visits the newly opened Elizabeth Ellington Museum with Elena, his 91 year-old grandmother. When Elena sees a renaissance painting entitled "The Madonna", she suffers a breakdown and claims it was stolen from her father in Italy nearly one hundred years ago. Marco doesn't believe her, nor can he afford to; an official investigation could jeopardize his cover. The people Marco works for wouldn't like that; there would be hell to pay, and Marco knows that he'd do the paying. But unable to ignore Elena's story, he ends up a criminal investigating a crime, and traces the painting's shaded provenance only to find more than he bargained for. Consumed by his family's tainted history and an obsession for a woman who died sixty years before he was born, Marco unravels the tangled threads of past and present and exposes the horrifying truth. When Marco asks himself: "How do I punish the dead?", his answer will be devastating. 324 pages