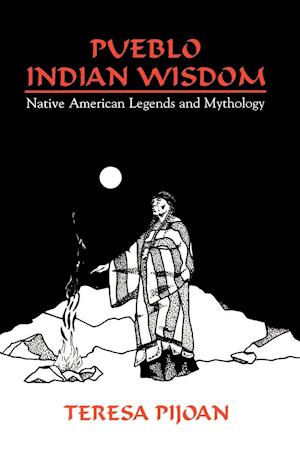 Anyone interested in mythology and legends will enjoy these stories which have been passed down orally for generations by the Pueblo Indians of the American Southwest. They reveal Pueblo customs and traditions as well as the ceremonial aspects of Pueblo religion. A character called Grandfather, the fictional narrator of these stories, embodies the collective wisdom of the Pueblo Indians, the attitudes about universal dilemmas and conflicts in human life that developed through many generations.Some of the stories are realistic; others involve the supernatural. Some evoke the initial contact between the pueblos and the Spanish conquistadors. There are also tales of the joy and bitterness of interactions between parents and children, husbands and wives, and humans and spirits. Rites of passage and "vision quests" often enter into the characters' attempts to live in harmony with nature, other humans, and spirits. Lessons on how to live, of growing up, marrying, parenting, and growing old sometimes emerge straightforwardly in these stories, but more often, readers are left to draw their own conclusions.These stories, collected by the Teresa Pijoan since she was eight years old, actually came from many different storytellers, some of them childhood friends of the author. She had heard several versions of each story before writing it down and she often used elements from one version to fill in the parts missing from other versions. She then showed her drafts of each story to members of several different pueblos and weighed their comments before putting each story in its present form. Ms. Pijoan grew up on the San Juan Pueblo reservation and the Nambe Indian reservation in New Mexico,even though she herself is not Native American. But her early experiences and bicultural background instilled in her a deep respect for and an understanding of pueblo life.