Public Religion and the Politics of Homosexuality in Africa 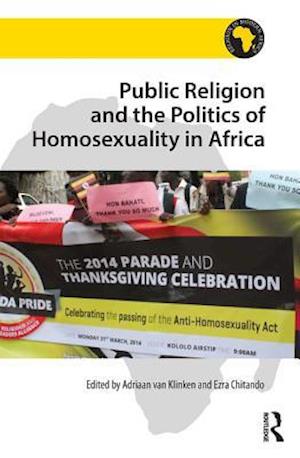 Issues of same-sex relationships and gay and lesbian rights are the subject of public and political controversy in many African societies today. Frequently, these controversies receive widespread attention both locally and globally, such as with the Anti-Homosexuality Bill in Uganda. In the international media, these cases tend to be presented as revealing a deeply-rooted homophobia in Africa fuelled by religious and cultural traditions. But so far little energy is expended in understanding these controversies in all their complexity and the critical role religion plays in them. This is the first book with multidisciplinary perspectives on religion and homosexuality in Africa. It presents case studies from across the continent, from Egypt to Zimbabwe and from Senegal to Kenya, and covers religious traditions such as Islam, Christianity and Rastafarianism. The contributors explore the role of religion in the politicisation of homosexuality, investigate local and global mobilisations of power, critically examine dominant religious discourses, and highlight the emergence of counter-discourses. Hence they reveal the crucial yet ambivalent public role of religion in matters of sexuality, social justice and human rights in contemporary Africa.