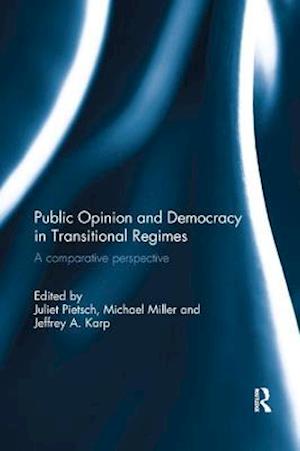 Despite the enthusiasm surrounding the Colour Revolutions and the Arab Spring, the world's share of democracies has stagnated over the past 15 years. The steady rise of China, Russia, and Iran has also led to warnings of a resurgence of "authoritarian great powers", especially in light of the financial crisis centred in the USA and Western Europe. On the positive side, however, democracy remains remarkably popular as an ideal. In the Global barometer's most recent survey, two out of three respondents say democracy is their most favoured political system, including a majority in 49 of the 55 countries. Yet there is evidence, much expanded upon in this edited collection, that commitments to liberal democracy in practice are not as strong. Nominally pro-democratic citizens frequently favour limitations on electoral accountability and individual rights in the service of improved governance or economic growth. Further, there are rising concerns that many citizens, especially across the developing world, are turning away from democracy out of frustration with democratic performance. In contrast to many transitional regimes, the more established democracies appear to be losing support among their highly educated citizens. The contributions in this edited collection compare how democracy is understood and experienced in transitioning regimes and established democracies.This book was published as a special issue of the Journal of Elections, Public Opinion and Parties.