- Papers Presented at the Conference on the Prevention of Impaired Vision and Blindness, Paris, France, May, 1974 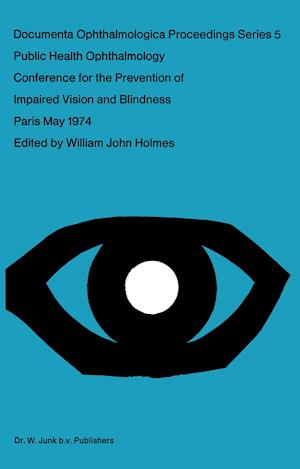 Each year the improvements in communication and transportation, the growing awarness that the resources of this earth are finite, the realization that the population explosion in any part of the world is a concern of all, and the increased economic interdependence of all countries, have increased importance of internationalism as opposed to nationalism. One of the first segments of our society to ignore political and geographic boundaries was that of medicine, particularly in the field of communicable diseases. Valient efforts have been made by some individuals at great personal sacrifice and by individual societies or organizations to prevent and cure blindness and to rehabilitate those who have lost their sight. Only recently, however, have such efforts been consolidated into a major international force. In 1969 the 22nd World Health Assembly of WHO adapted a resolution requesting the Director-General to undertake a study on the information which is at pre sent available on the extent and/or causes of preventable and curable blind ness. In 1972 a working group was convened by the World Health Organiza tion in Geneva to outline an attack on the prevention of blindness. At the Paris meeting of the International Congress of Ophthalmology in July of 1974, Mr. JOHN WILSON, who for many years had been one of the leaders in the prevention and cure of blindness on an international basis through his organization of the Royal Commonwealth Society for the Blind, was elected President of the International Association for Prevention of Blindness.